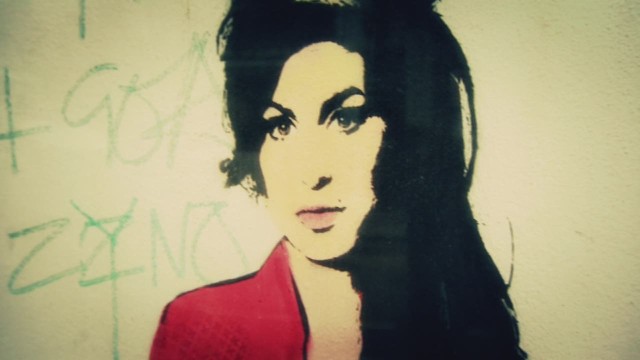 London (CNN) — You’ve heard of Banksy, but have you heard of Bambi? Not the Bambi of Disney fame, but the one dubbed street art’s new star.

The so-called “female Banksy” counts A-list celebrities like Kanye West and Brad Pitt as buyers of her stenciled street art. Like Banksy, her works command price tags that run into the tens of thousands of dollars.

Also, like Banksy, she is determined to stay anonymous.

Defacing property is a criminal offense in the UK, and Bambi has spent years avoiding detection. Now, the intrigue around her identity has boosted her popularity. 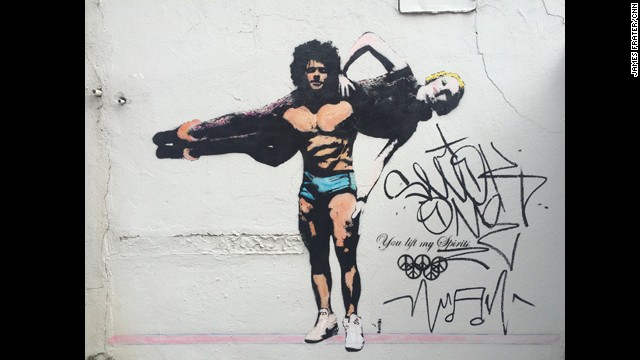 Michael Sahkai, director of Walton Fine Arts and Bambi’s broker, is one of few people who know the artist’s real identity. The mystery “does add to the flavor, and the charisma — and makes it a bit more interesting,” he told CNN.

When CNN asked Sahkai for some clues to Bambi’s identity he revealed she is in her mid 30s, studied at London’s world-renowned art school Central St. Martins, and lives in the capital.

British media have suggested Bambi is Paloma Faith or rapper M.I.A but when questioned on this Sahkai would only reply: “Everything is possible.”

Bambi’s bold images and pop culture references have given her a distinctive voice in the male dominated world of street, Sahkai said. People, he added, are “amazed by the freshness and unusuality of her works.”

Some of her artworks, like an homage to singer Amy Winehouse in Camden, are protected under Perspex and regarded as cultural landmarks.

Others, including a famed depiction of the Duke and Duchess of Cambridge which was captioned “a bit like Marmite,” are painted over. Bambi’s “Diamond Queen,” created to mark Queen Elizabeth’s Jubilee in 2012, has been defaced by graffiti.

But Sahkai said Bambi had made her mark in the street art world, which he believes is undergoing a resurgence. “Banksy relit it fifteen, twenty years ago. Everyone thought ‘it’s just a phase,’ but each year it gets stronger and stronger.”